When you’re building a robot to traverse difficult terrains and negotiate traffic there’s not a lot of room for error.

That was the challenge facing NxtGen Industries, a Sydney-based start-up that builds robots which move autonomously to monitor and maintain assets such as buildings or industrial infrastructure, in both rural and urban environments.

Managing director, Daniel Messina, has positioned his service to span the gap between the robotics and industrial sectors using precise positioning technology.

“Having previously worked in robotics and building services, I experienced how advanced technology had accelerated the robotic automation industry and also how the buildings and infrastructure industry operated,” said Messina.

“I identified big gaps between the two industries and saw opportunities to introduce robotic technology. Our vision is not to replace humans with robots but to augment our capabilities using advanced systems to enhance our perception and ultimately our understanding of the world we live in.”

Key to this robot revolution is breakthroughs in positioning technology.

Businesses across Australia are now able to draw on centimetre-accurate location data to guide autonomous vehicles as they inspect mines, make deliveries, travel across farms or operate in busy city environments.

At the heart of this is the National Positioning Infrastructure Capability (NPIC) component of Geoscience Australia’s Positioning Australia program.

The Australian Government initiative is improving the accuracy of location data to three to five centimetres for industry users in areas of mobile or internet coverage.

This is being done by expanding, upgrading and standardising hundreds of Global Navigation Satellite Systems (GNSS) reference stations across Australia and its territories.

“Our mission is to bring the benefits of space and spatial to all Australians,” said Geoscience Australia’s National Positioning Infrastructure Branch Head, Dr Martine Woolf.

“We know making the positioning, navigation and timing data from GPS and other global navigation satellites more accurate and reliable will unlock a wealth of opportunities for Australian industry.

“From enabling surveyors to take accurate measurements for construction to supporting remotely operated vehicles to manoeuvre through farms, ports and mines, we anticipate this improved positioning infrastructure will add at least $6 billion to the Australian economy over the next 30 years.”

Ryan Ruddick, Director of Geoscience Australia’s National Positioning Infrastructure Capability, says that to obtain precise positions using GNSS, you need to overcome errors caused by the complexity of the Earth’s atmosphere and the dynamic nature of orbiting satellites.

“This is typically done by connecting to data streams from fixed reference stations with precisely known positions,” said Ruddick.

“Users can connect to the raw data streams from these reference stations via techniques such as real-time kinematic positioning to get a precise location.”

Countries around the world are using similar technology to enable precise positioning.

What makes Australia’s national positioning capability interesting is the fact that government and industry are working together.

“As part of the National Positioning Infrastructure Capability, Geoscience Australia is expanding our number of ground stations to 200,” said Ruddick.

“We’re also supporting the modernisation and standardisation of up to 500 third-party GNSS reference stations located in key areas of Australia.

“We’re fortunate that over the last decade Australian businesses and government agencies have already built a lot of this infrastructure. What we are doing is bringing it together for the first time to enable truly national coverage.”

“What we’re doing in terms of increasing accessibility of data is world-leading, and the reason we’re doing that is to strengthen the positioning sector within Australia and encourage innovation,” said Ruddick.

“Companies working in other parts of the world, building autonomous vehicles and robots, have had to establish their own positioning infrastructure to support their services.

“Here in Australia, we’re making our world-class positioning infrastructure available to all. We’re hoping it will make it more enticing for companies to launch their products here, or for start-ups to be able to connect and experiment. We’re excited to see what people will do with this data.”

“We configure our systems to receive the RTK correctional data received from Geoscience Australia’s network over 4G, which improves the accuracy of the inertial navigation system in estimating the vehicle’s absolute position to centimetre accuracy,” he said.

“In addition to aiding our self-driving vehicles to make safe motion decisions, precise positioning systems are important for other tasks our systems need to do such as mapping and inspection in outdoor environments.

“Relying on Geoscience Australia’s positioning data helps reduce the overall cost of our vehicles. The alternative solution to maintain the high-precision positioning would require additional sensors and processes such as setting up temporary base stations to provide RTK positioning correctional data.”

Messina said his team will continue pushing the boundaries of industrial automation.

“I believe that modern day robots are progressing towards a collaborative paradigm where people and machine work together to achieve a common goal,” he said.

“Robotic technology is simply enhancing our capabilities and our goal is to revolutionise the way vital infrastructure and assets are inspected, monitored and maintained.” 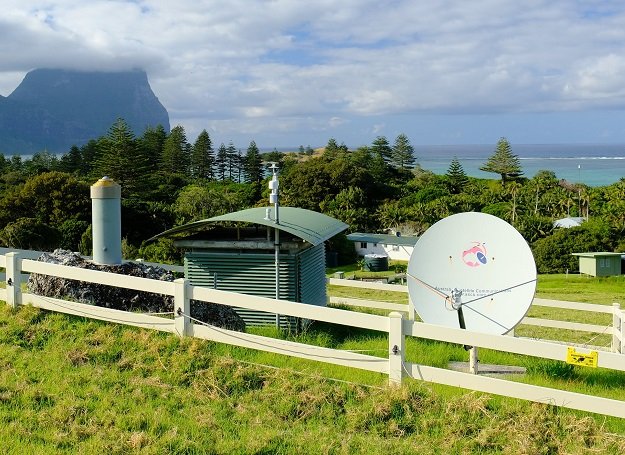 “Geoscience Australia provides open access to the historic data and data streams observed from all stations that contribute to the National Positioning Infrastructure Capability,” said Ruddick.

“If you are experienced in integrating GNSS data solutions, you can connect directly to Positioning Australia’s precise positioning data service through our GNSS Data Centre (https://gnss.ga.gov.au/).

“The GNSS data is also available for access via subscription through a network of Australian-based third-party service providers. These value-added resellers combine our data streams with their own infrastructure to provide supported positioning services.” 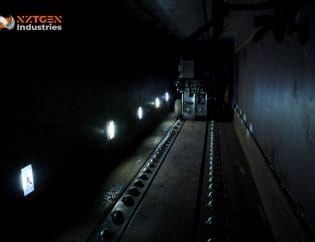